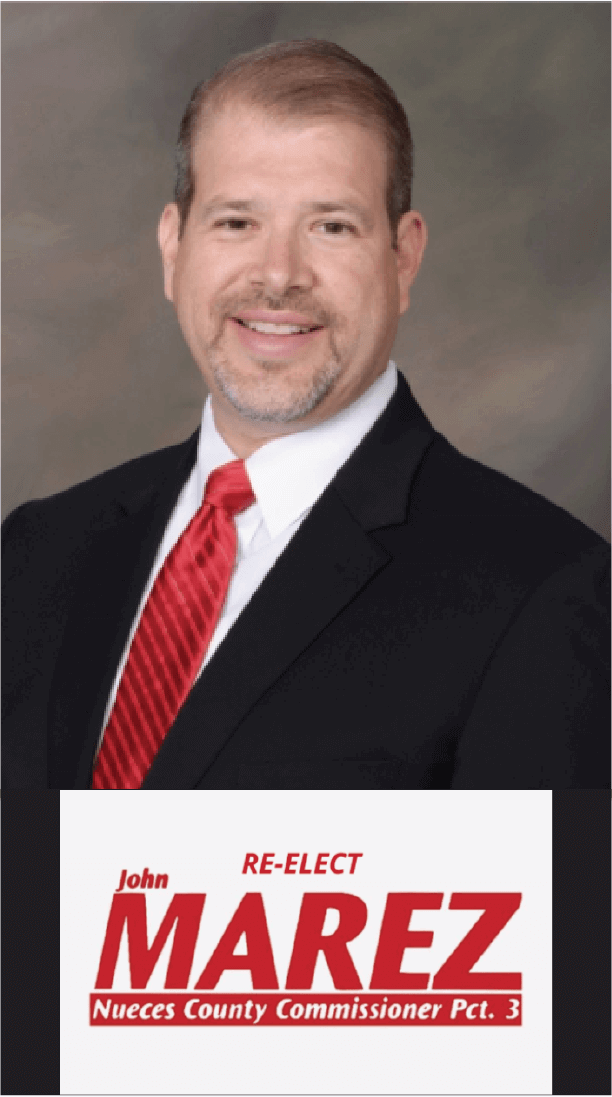 In 2020, Commissioner John Marez was running for re-election to his second term for the Precinct 3 seat. Commissioner Marez has a significant career in public service, thus has high positive Name I.D. and crossover support. However, his opponent in the Primary, Joe A. Gonzalez, has the same name as a different popular, local elected official which posed a significant voter confusion problem.

The focus of both campaigns was to turnout the supporters of Commissioner Marez, who have voted for him consistently over his extensive career of public service. In order to accomplish this, we utilized Commissioner Marez’s strong group of volunteers to canvas and make calls to voters. In the Primary campaign, there would also be a strong emphasis on educating voters on the fact that his opponent was not a different popular, local elected official.

Utilized volunteers to make calls to targeted voters to gauge their likelihood to vote in the Primary Election, and if so, identify if they are a Marez supporter. If the voter was undecided, our trained volunteers would have a persuasion conversation with the voter to sway their decision. All of the information we gathered from these calls was compiled and helped craft our GOTV strategy.

Identified Commissioner Marez’s supporters and placed yard signs at those houses that requested them previously. We also gathered all of the same information that our callers gathered from phonebanks, and used the information in crafting our GOTV strategy. This practice was used significantly more in the Primary as COVID-19 had yet to affect our area at the time.

County Commissioner, Precinct 3 - Democratic Party - Vote for None or One

County Commissioner, Precinct 3 - Vote for None or One

Del Mar Board of Regents, At Large

Learn how we developed a strong multimedia presence to inform voters about Regent Scott accomplishments and ...

Learn how we organized a digital media strategy to solidify voter trust around Councilman Barrera’s positive ...

Learn how we crafted a unique strategy to capitalize on Greg’s positive Name I.D. in key ...